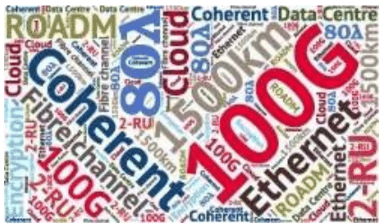 Fibre is famous for being able to provide high bandwidth connections. Sometime it is seen as being in competition with Wireless network solutions and even cloud applications. But in reality there is no competition those very networks use fibre within their own infrastructure. So the question is not whether or not to use fibre. It is just whether to connect to it directly, or via a service provider. Fibre has become the go-to solution for any type of fixed network whether within an office building, a data centre, within a city across a country or between continents. The details of each solution vary depending on the application. Fibre is capable of many things but often its potential is underestimated. It can be used for very low speed connections in the kilobit per second range such as for connections to data loggers and control systems, for medium speed connections such as voice communications or for high speed connections in the 100Mb to 1Gb/s range such as Fibre Broadband connections. Fibre connections in the Terabit per second range used by ISPs to connect 1000s of users to the Internet, and even rates in the 1000Tb range are used to connect between countries and across oceans. But in essence the fibre is all the same. The difference between them is the connected equipment!

Less well known Capabilities: Fibre’s capability does not stop with mere simple high speed point to point connections because it can also provide branches and complex networks in rings and chains in order to connect many locations to the same network. Did you know that a single fibre can pass data in both directions at the same time?

So applications that we use fibre for very considerably, as do the terms we use describe them.

Sorrento understands all of these network types and uses its range of a solutions together with the extensive history and experience of its engineers in order to provide it customers’ network bandwidth and ROI with cost effective and easy to maintain products.